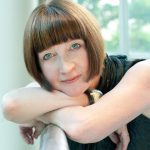 Kerry is director and owner of Kerry Nicholls Dance (KND) which launched in autumn 2012. With nearly thirty years of acclaimed international experience in the dance sector, Kerry demonstrates agile leadership with the different strands of her practice coming together to drive the vision and direction of KND. KND has established itself as a strong and influential voice within dance organisations and institutions world wide through devising and delivering programmes of training, mentoring and professional development. Kerry embodies the values and spirit of the brand.

k|n|d|c (kerry nicholls dance company) was founded in 1999 as a vehicle to promote Kerry’s own choreographic research. During its existence, Kerry created numerous works for k|n|d|c and received independent commissions from organisations and companies within Europe, China and the USA, and directed various projects at venues such as the National Theatre, Sadler’s Wells and the Royal Festival Hall.

Currently, Kerry is an external assessor and the Contemporary Module Leader for the Degree programme at the Royal Ballet School. She is also the Artistic Associate for the West Midlands: Centre for Advanced Training 2017-2021. As a Senior Creative Coach with a European Coaching Certificate, Kerry supports established artists, prominent leaders and CEO’s to fulfil their potential and is a regular choreographic mentor, judge and career consultant for the Royal Opera House, One Dance UK, English National Ballet, Rambert, Scottish Ballet, Barbican and Netherlands Dans Theater. In 2019, Kerry was invited to be a Rambert School Centenary Ambassador and she is also a Dance Ambassador for PIPA (Parents and Carers In Performing Arts).