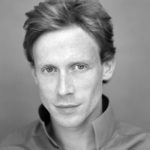 Edward Watson MBE was born in London and trained at the Royal Ballet School. He joined the Royal Ballet Company in 1994, and was promoted to Principal in 2005. His repertory includes major works by Frederick Ashton and Kenneth MacMillan and he has created roles in works by Wayne McGregor, Christopher Wheeldon, Alexei Ratmansky, Kim Brandstrup, Siobhan Davies, Alistair Marriott, Cathy Marston, David Dawson, Arthur Pita, Javier De Frutos and Ashley Page, among others. Awards include an Olivier Award for his performance in Pita’s The Metamorphosis (2012) and Critical Circle awards in 2001 and 2008. In 2015 he was awarded a Benois de la Danse for his performance in Wheeldon’s The Winter’s Tale and an MBE for services to dance.